St Mary's churchyard has 127 war graves from both World War I and World War II. 112 of the war graves are from the Australian Army Corps 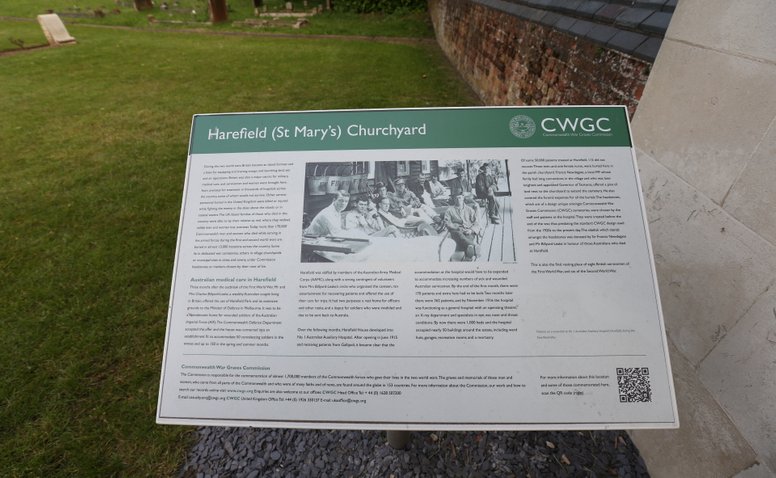 During the First World War Harefield Park was offered by the owners, Charles and Letitia Billyard Leake, as a hospital to the Australian Ministry of Defence.

For the duration of the war casualties from the Australian Forces from Gallipoli and the Western Front were treated at the newly created Australian Auxiliary No 1 Hospital. Many of the wounded died; 111 men and one nursing sister were buried with military honours in an extension of the churchyard. The village school lent its Union Flag for these occasions.

In 1921 began the annual ceremony in which the children from the school put flowers on every grave in the cemetery. This is followed by a Commemorative Service to which we always invite representatives from the Australian High Commission.

Anzac Day, 25th April, has become a most significant annual event in the Harefield calendar. Few visitors can fail to be moved by the fact that so many of the dead died so young, and so far from home, their graves unvisited by their families until the age of easier and affordable travel.

Service on hold until further notice