St Mary's Parish Church is Harefield’s oldest building, and has been its spiritual heart for centuries, despite beng sited away from the geographical centre of the village. It has been described as “the Westminster Abbey of West Middlesex” because of its wealth of monuments. At the Domesday Survey of 1086 Harefield had a priest, and therefore presumably a church which was probably on the present site.

The Living was first owned by the Knights of St John of Jerusalem, the Hospitallers who had a Priory half a mile away near the present Moorhall Road. After the Dissolution of the Order in England, the Living passed to the Newdigate family, for many years also Lords of the Manor, and patrons of the Living to the present.day. The church remained a “private peculiar” outside the jurisdiction of the Bishop until 1847, and became a Parish Church in 1898.

In 1100's there was a Chancel and a Nave, traces of which remain in the West Wall of the present Nave.

In 1200's the present Chancel was built; a lancet window is still visible outside in the North wall. A North Aisle or Chapel was added at about the same time.

In 1300's the present nave was built, and the front two bays of the South Aisle were added as a Chapel, known as the Brackenbury Chapel. Though there is no known connection with a family of that name, there is a Brackenbury Farm in the parish.

In 1500's the present North Aisle and Breakspear Chapel were built and the Tower added which houses six bells, the earliest dated 1629.

In 1700's a major restoration took place under the direction of Henry Keene, an architect who did much work for the Newdigates. The Chancel Arch was widened; the Chancel roof and East Window given their presnt style; the Chancel Stalls were erected, not as now for the choir, but for Newdigate family and their guests. The Chancel floor may have been raised at this time, and the Gallery installed.

In 1840's the South Aisle was extended to its present length, involving the re-siting of many of the monuments, and the heraldic glass probably dates from this time. At the same time the Porch was moved to its present position on the North side of the Church. Unusual features of the Church are the raised Chancel, the three-decker Pulpit, the Gallery above the North Aisle and the wealth of monuments and hatchments to the Newdigate, Ashby and other families.

Most recently - at the end of 2007 - we have completed a modest internal re-ordering. Designed by Charles Sheppard, and incorporating discrete glazed screens, the scheme has created several attractive new spaces, including;

- a new entrance area for greeting and welcoming all who come for services (as in the picture, above)

- a new entrance into the (newly sound-proofed) Breakpear Chapel

- two new meeting rooms in what was the organ gallery, which create spaces for children's activities during the main service.

- the South aisle has been cleared to create space for the font, now re-positioned and visible from the porch, and to accommodate the box pews previously sited under the gallery.

The changes have met with wide acclaim.

We believe that life without faith is incomplete. We try to be a Church that welcomes everyone and enables all - whatever their starting point - to explore and grow in the Christian faith.    We hope you find this site helpful. If you need more information, please refer to the contact page. Our real prayer is that it may whet your appetite to get in touch, and perhaps to come and join us!

The four words above are on the glass doors at the entrance to St Mary’s. These are words which we often find on the lips of Jesus. They all underline the reality that faith grows as we respond to the many invitations he gives. They fit in with many people’s experience that faith is a journey or a process, where the assumption is that we don't stand still! They remind us that Christianity is about discovering and living God's life today.

The Band is a group of instrumentalists, ranging from beginners to accomplished musicians, who play at the Sunday 10:30am Service two or three times a month. Practice Night: every Thursday 7:45pm to 9pm at St Mary's Church Hall. Contact: Kay McHugh 01895 823539 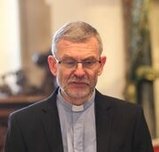 Service on hold until further notice